TAM Out of the Box – Social and Cultural Challenges of TAM Measurement.

In bringing TAM to new markets the focus is often on technical and commercial challenges but there are significant cultural and social issues.
In 2012 Emirates Media Measurement Company launched a Kantar-operated people meter system in the United Arab Emirates, the first of its kind in the Arab world. Four years later they were still coming to grips with unexpected issues which have proved difficult to resolve.
The paper looks at some of the problems and how they have been addressed and ask broader questions of relevance to the TAM such as:
The paper encourages us to think of solutions outside the box not to unbox pre-packaged ideas. 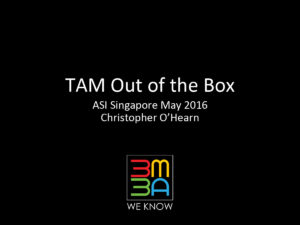